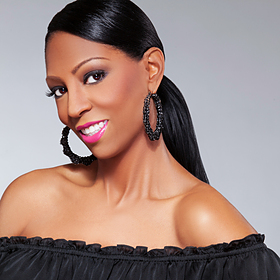 After building her first company into a million dollar business in 12 months, Vicki Irvin started her next venture mentoring business owners which has quickly become a successful coaching practices for entrepreneurs.  She focuses on teaching women how to have it all in Business, Beauty & Balance while living a “Superwoman Lifestyle.”

Vicki Irvin has coached over 2,000 people on how to increase their own wealth, boost their profits and employ marketing strategies that few have been exposed to. The success of Vicki’s coaching practice was built on her keen sense of marketing that keeps her events selling out in any economy.

Vicki Irvin's success has garnered national acclaim and recognition, making her much sought after by other business-minded women wanting to learn her non-traditional marketing methods. Vicki immediately realized a need for women entrepreneurs to have like-minded mentors who could help them build their business, and she began to coach others on how to add income streams to their existing business, build their client/contact lists and establish their business online in every niche and industry imaginable.

Prior to becoming nationally known for her marketing and business prowess, Vicki Irvin had a successful career in human resources. She is a graduate of American International College in Springfield, Massachusetts and holds a Master’s Degree in Human Resources Development.

“Millionaire Maker” Dan Kennedy featured Vicki in his movie, “The Phenomenon”, showcasing Vicki’s explosive business success in such a short period of time. Vicki has also been featured in Millionaire Blueprint Magazine, Essence Magazine, CNN’s HLN Prime News, USA Today, Lifetime TV, Bloomberg Radio, Essence.com, Investor’s Business Daily and on the TV show “Leading Experts”. She is the co-author of “Women on Fire”, an award-winning book that has received national recognition, awards and great reviews as a representation of 20 dynamic women with powerful stories of challenge and triumph. Vicki’s is also the author of “The Superwoman Lifestyle Blueprint” and her latest book, “The Secret Diary of A Superwoman."

Recently Vicki Irvin expanded her brand and developed a new beauty line called the SWL Collection. She partnered with recording artist Chante Moore as the celebrity face to design a line and color of lipsticks that women can wear from the boardroom, stage or just hanging out with the kids.

In addition to her own annual live events, Vicki is frequently interviewed as a guest speaker on numerous radio shows, TV shows and travels the country to speak on panels and at seminars and retreats.

Vicki Is also the producer and Host Of Superwoman Lifestyle TV which a TV show that highlights women on the move.

Vicki Recently Hosted the 2014 BET Honors Red Carpet at the Warner Theater With Her Superwoman Lifesyle TV Show and interviewed honorees and celebroties such as Ice Cube, Ken Chenault, Carrie Mae Weems, Al Sharpton and many others.